It stems from the bottom of your soul, the feeling of wanting but not having, the gut wrenching turn when you see that next picture posted on Instagram...

Travel envy. It's rampant upon wanderlusters like you and me who, while we travel when we can (and love it!), we don't have the means to do it all the time.

It's not that we don't get a good stint when we're out and about on our own getaways, but when we're home, we're even wondering when and where we will go next.
Then cue the people who are continuously traveling, the dream of many, to their hearts desire. Posting picture after picture, maybe even a video, of the ultimate bucket list items you wish you could check off.

The green monster rears it's ugly head again and you can't help but bask in the raincloud you have hovering over your head. It makes you sad to not be able to be out there, in the work with so much to offer. Being stuck at a 9 to 5 that makes it possible only once a year to go where you want.

Jealously is an odd thing that when it's alive, it moves you, it pushes you further than you ever thought, it makes you think twice about what you're going to buy at the grocery store this week just so you can save some money for the next plane ticket..
It comes and goes. It's fleeting. We all have it, if we've ever desired something we can't have, only to have it dangled in front of us by someone else. Yes, that could mean so many things, but you know what I'm talking about here.

I love traveling. Sadly, my savings and checking account do not. It constantly pushes me to the boundaries of comfortable security, even if I know I am very lacking in that area of my life.
But, it's always worth it when that day comes where you get to hop on a plane to that next destination, even just for a short trip, nothing else feels better than to get away.

I am always envious of the people who seem to have it easy with the hand they've been dealt, but for what it's worth, the life I have is good too. Figuring out where I'll go next is half the fun, even though the ever impending stress and money make it hard.

Pictures, stories, and updates from the travelers going on in their worldly adventures are inspiring. While I am still very envious, it motivates me to plan and get going and I heartily appreciate that.
While my next major trip won't be for a little less than a year, I can only dream about the future, the inevitable. 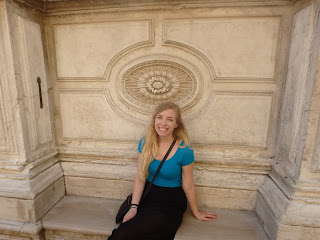 Travel envy, travel motivation. They go hand in hand and I have both.
Do you?

Cheers and safe travels!
Posted by Elisabeth at 8:54 PM No comments:

First thoughts when getting out of the airport were, "Wow, it is hot and incredibly humind."
Words I would be sure to say throughout the trip to numerous people and then thereafter to coworkers, family and friends.

From all of the things I've always heard about Minnesota is that it's cold. I never really expected the hot, sticky weather that I got when I arrived in September. By all means, it was nice to have a last hot weekend of summer before heading back to rainy Seattle for the fall, it just caught me by surprise. 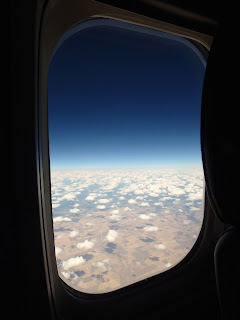 This being my first trip out there, to visit a friend I had met when traveling to Europe in June, it was a needed trip. Getting a long weekend, away from work, full of fun and getting to know a friend a little better.

My experience there was short and only set in a couple places, but I still had a great time.
From the multiple sushi stops, to the fair, to the shopping till we dropped (almost literally). 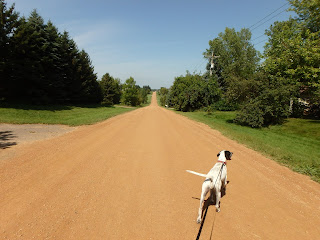 First day was spent by myself, taking the precious Lady dog out for walks and trying not to die in the humidity, at least for the morning.

Once my friend got home however, we got ready to set out for the Minnesota State Fair!
Now, we do have our own state fair in Washington, but I know that we do not have multiple booths of food with something on a stick offered at it.
We ate so much incredibly terrible but delicious food while we were there. From pronto pups, to fries, cookies, and cheese curds, it was more and more difficult to walk with each bite. 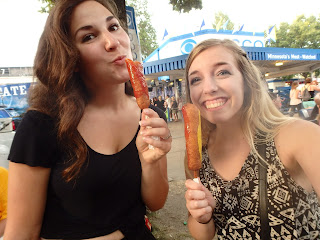 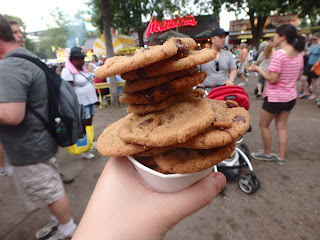 We also went to the "Miracle of Birth" center to see the baby animals that were born. Lots of piglets, lambs and cows were there to see. Also checking out the Agriculture center to see the Seed Art that people had done, while stopping to get a frozen apple cider pop (YUM). 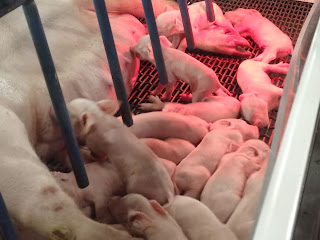 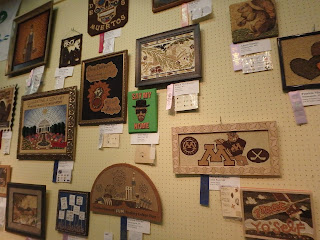 We ended our time trying to find the puppies, but we were too late. Which lead us to finding the best part of all, the Butterfly House! It was too cool to see all the butterflies flying around, landing on the walls and people. Being able to have them chill on your shirt and hold them on your fingers. Now, they are kind of creepy and it took me a few minutes to be ok with this winged crawly bugs on my hands and legs, but it was a blast! 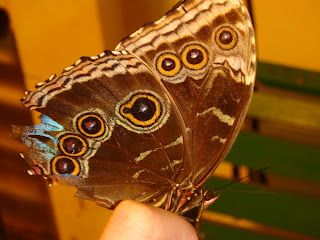 The fair ended up being a really fun day. We were exhausted by the end, but it was for sure worth it.

The following day, we decided it would be a good idea to go to the Mall of America, which in all reality, turned into a major shopping spree that left us just as exhausted as the day before.
I didn't take many pictures here, but we had a fun time strolling around and shopping for a bit, stopping for a sushi lunch of course. 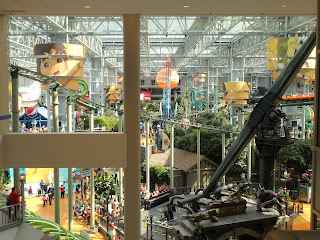 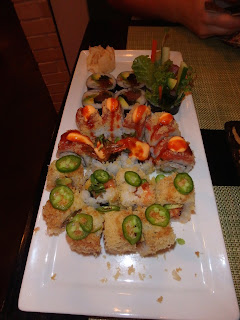 We ended the day by checking out the SeaLife Aquarium at the bottom of the MOA. We had a good time with that as well, petting stingrays, the tunnel of sharks and tons of jellyfish. Lots of fun was had at the mall. 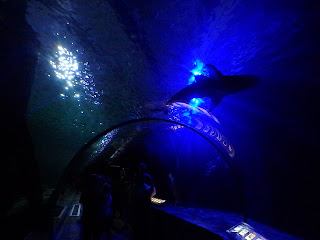 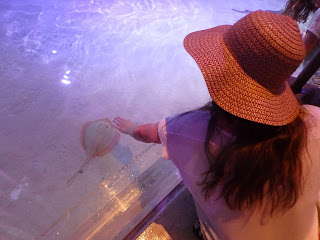 On our way back (which we were there till it closed) we stopped to see a movie at the $3 theater and saw Spy with Melissa McCarthy. That movie is hilarious if you haven't seen it yet, you should.

All in all, the trip was great because I had a good friend to spend it with and while I didn't expect much from Minnesota in the beginning, it definitely surprised me with the awesome time.

To many more long weekends and travel days.
Cheers and safe travels!
Posted by Elisabeth at 7:52 PM No comments: