Hi there! For those of you who don't know me, I'm Elisabeth.
I reside in the great Pacific Northwest, born and raised here, not too far from Seattle. 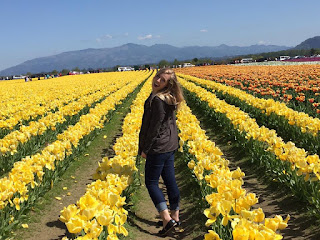 Since getting into my working life, which was once I got to college, everything seemed to be a whole lot busier.
Busy in the sense of work, school, and then the constant need for something else.
It didn't take me till after college to realize how much I needed to get out and get away, if only for short trips or even occasionally for longer excursions.

That's when one trip led to my need and want to consistently be in planning mode.
Every second I'm not being productive in work or at home, I'm thinking about things I need to do or plan for an upcoming adventure or planning out new ones that will happen in time. 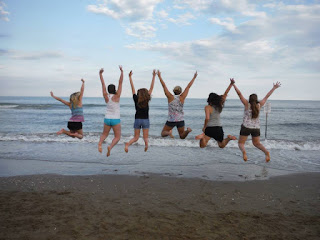 I'm sure that constant need stems from something, but it doesn't matter so much when it's the only thing I can think about.
I guess, while my heart can be content anywhere, my head has to tell me to be smart, to go and get away while I can. Travel and see the world while it's still there.

While this makes things hard, because my life has also been a constant struggle between saving money and having enough time, I've still been trying to do as much as I can here, at home.
Even when not every trip can be a journey across a major ocean, short trips to US destinations or road trips to places I've barely been, that can ease my mind for a bit. 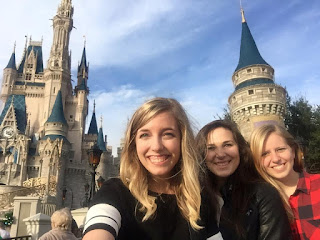 It's not that my normal, work and general life are boring, it's just that I'm not fulfilling my passions as much as I'd like to on a regular basis. Sitting at a desk, typing on the computer instead of sleeping on a plane, awaiting my new destination. Not exactly my cup of tea and I drink tea pretty regularly.

The PNW will always be my home but my longing to be somewhere else is much stronger than my pull to stay here.
Thankfully I have the support of my family to help push me to those new horizons, although I like to think even if I didn't have their kind words to propel me forward, I would be doing that for myself anyways.

My planning comes in bursts of anxious steps. The first usually being the decision making one, where choosing the place, finding an opportunity can be tedious, with lots of research before actually making it.
Once chosen, my chest seems to tighten, because the anxiety builds more than I thought it would. 'I must buy tickets now!" I think to myself, which only makes it worse. Once the surge of adrenaline leads to the ultimate process of buying tickets, the anxiety subsides. 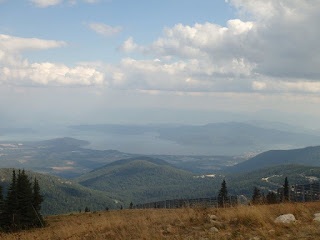 It's odd feeling so rushed when usually I'm planning out a trip at least 6 months in advance, but that's how my body works I suppose.
Now it's on to the details. Those are the ones that could go on until the departure date for travel. They may keep me up at night, trying to remember things I need to buy, things I need to do, papers I forgot to print, etc.
Usually, done quite in advance as well. Lists upon lists of items and check marks, costs and reminders. Everything gets worked out.

Once it's time to leave, I feel exhausted. The journey, the end, to possibilities are all worth it and I tend to not be tired when I arrive. Only ready to go and to see and to be there. 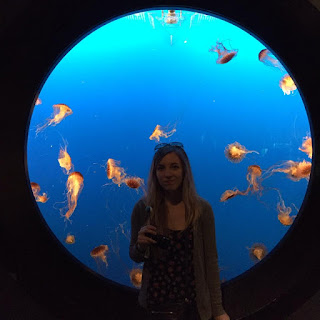 Is this how you work when you plan out your trips? Do you have more of a system you follow or do you go with the flow?
Do you wait till the last minute or do you plan and wait?

Cheers and safe travels everyone!
Posted by Elisabeth at 3:07 PM No comments:

This One is for Mom - Portland

I think everyone has heard of Portland before, at least in passing. The hipster capital of the world where coffee meets donuts and food trucks are abundant.
This place has captured the hearts of many and I would say it has captured mine too. I wish I could say I've traveled here a lot, since I live in Seattle, but within the last 10 years or so, I've only been downtown a couple times.

Being able to successfully plan and travel down to Portland with both my mother and sister, was a good highlight of this year. My mom was entirely excited to go down and see old friends and the sights, taking pictures at every turn.
Just throughout the planning process she couldn't contain her excitement. 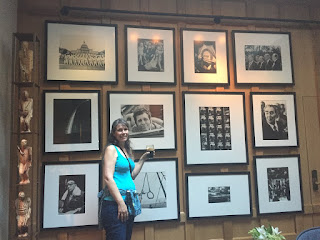 We were able to do a couple things I didn't get a chance to do at my last go-around there, but there's still so much left to see.
Here are the things we did as well as some other sights that would be worth seeing if you ever venture there:

We stayed right downtown, near the Pearl District of Portland, which was the perfect location to get around. The hotel I chose was Hotel Lucia, which had a classic feel with modern touches. The hotel itself was nestled right in the heart of this part of the city, with attached restaurants and all. The room was awesome and suited our taste for the weekend just perfect. 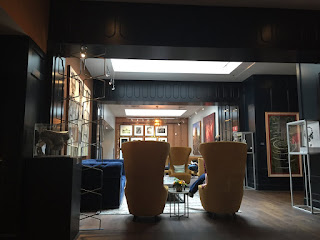 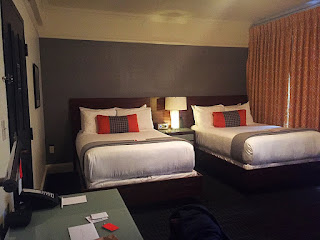 The amenities they offered, while we didn't end up using any, were pretty great. Fully stocked mini bar and snack array, in case we needed it. Pillow service, ice cream service from Salt & Straw (I wish they had had my favorite flavor, snickerdoodle), basically anything you needed you could ring them for.
They also had a gym, meeting rooms, dining options, and more.

Our stay was great in the fact that we were in walking distance to the max, the Portland light rail system, that can basically take you wherever you want to go in the city.
We started off our Saturday morning right, with the glorious Voodoo Doughnuts (just blocks away from where we stayed). Who says donuts aren't a staple for breakfast? 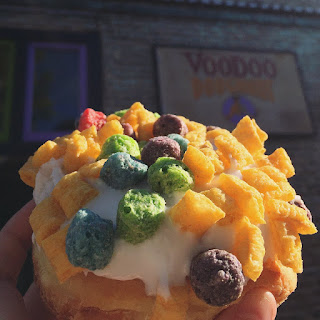 We then journeyed our way, via max line, to the Oregon Zoo! It ended up being awesome and very easy to see all of the animals out in their enclosures. The lions were probably the most enticing, since the cubs were in their teenage years and very feisty. So funny to watch them jump on each other and even pounce and hit the window right in front of us! Crazy, but very cool! 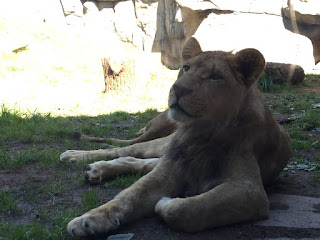 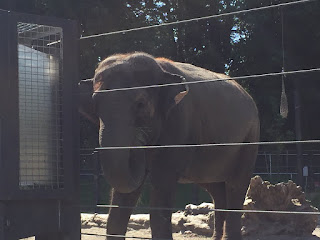 I wish that we had gone to the Japanese or Chinese gardens during our trip, but my mom and sister had been to both so we opted out, sadly for me. If you do get a chance though, definitely go, because I've heard they're very beautiful and interesting to walk through.

The Saturday market is also very eclectic and very Portland, so we had to stop and visit as much as we could there. We actually walked around the whole place, checking out every stand and seeing what goods were available. I always talk myself out of buying things, but it was still cool to walk around. We grabbed some awesome food from there as well, lamb gyro for me! 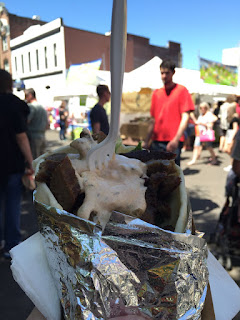 Our night was spent with more exploring and grabbing dinner at a small quaint but fancy little restaurant northwest of us, North 45 Pub. Delicious selection of mussels and add-ons to their mac & cheese. All in all, delicious.
We were going to get drinks up at the roof-top lounge at Departure, but it was very busy. Apparently a sports team was staying at the hotel it was a part of. 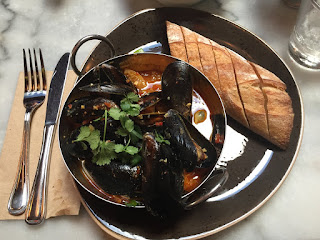 Sunday morning, Mother's day, I had made reservations at the hotel restaurant, Imperial, for brunch. Let's just say, that was a great choice on my part. The food was delicious and it started off with a lovely homemade poptart. Perfect!

Portland, while being the hipster city you might know it to be, has so much character and so much to offer. The myriad of dining options and things to do is amazing. The transportation system is incredibly easy to use and makes everything that much simpler to do. Oregon, while not sounding entirely exciting, should be on your next trip list of places to go. 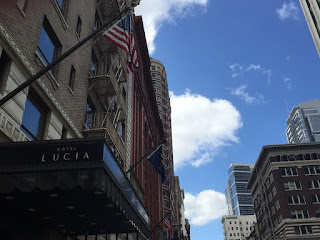 Cheers and safe travels everyone!


Posted by Elisabeth at 7:12 AM No comments: